Thunderbirds of the Northwoods

There he was. Strutting in the middle of the road like a pint sized turkey. Tail feathers fanned out. Wingtips dragging in the dust. Iridescent blueish black feathers jutting from his neck. His spinning and twirling pissed me off. His dancing was like a feathered middle finger.

We just spent the last five hours pushing the thickest, nastiest, thorniest, marshiest cover without a ruffed grouse in the truck to show for it. Our legs were sore. Our hands were covered in mud, tiny cuts and dried blood. Now this little bastard is flashing his shit not even ten feet from the hood of my Silverardo.

My brother crept out of the passenger door to settle the score. The bird flew a hundred yards into an aspen thicket. I hopped out of the truck to help Jim track down that bird but hardly got a word out of my mouth before all hell broke loose.

A covey of hens, the audience of the courting dance, burst into the air with a thunderous flush. I called the shot for my brother. Who didn’t have a shell in the chamber. His ammo slipped from his hands all over the ground. He managed to get one shot off but didn’t connect. I parked the truck, grabbed my gun and let Zeus get to work.

It was only 4:30 but the early winter dusk gave the woods an ominous darkness. Zeus was birdy. We struggled to pace him. I keep an eye on the truck so we didn’t get turned around and lost. December in Northern Michigan is not the place for a surprise overnight camp-out.

Twenty minutes later I was shivering. My sweat soaked clothes grabbed the chill out of the air trapping it under my shirt. Zeus was running wild through the trees. The birds must have scattered leaving a confusing maze of scent trails to follow. I admitted defeat.

I called Zeus back but he didn’t show. I shouted again. Nothing. For a second I thought he was lost. Then I heard the wings.

A grouse exploded to the air. It was every bit of a 45 yard shot through the trees. I swung through, shot twice and still can’t believe I hit it.

We hiked back to the road in the dwindling light. Laughing that we worked all day to see 6 birds. Then saw 5 just driving the two-tracks on our way home. That’s huntin.

About 100 yards from the truck Zeus switched on. His tail swinging in that tell-tale circle. Another bird was nearby. It was Jim’s chance.

The dog lunged into the brush. The grouse ripped through the air dodging left and right. Jim’s shot blew-up a branch. The grouse sailed off into the woods.

The next morning looked more like winter. Fresh snow muffled our steps and kept the birds roosted up. The first bird caught me off guard. It knocked snow on my hat as it flushed from a pine tree 5 feet above my head. The second one held for a moment. I only caught a glimpse of his tail-feathers before the Benelli barked. I thought for sure I missed it.

Until Zeus trotted out of the thorn bushes with that bird in his mouth.

Every grouse in my vest is a trophy. I was lucky enough to get three. I got to watch Zeus put years of experience to work flushing at least 16 birds in 12 hours. I witnessed the lakes freezing up. Watched the first flakes of the season. And I’m left counting the hours until I can get back up there and do it all over again.

Zeus and I at Work

Sun in the Aspens 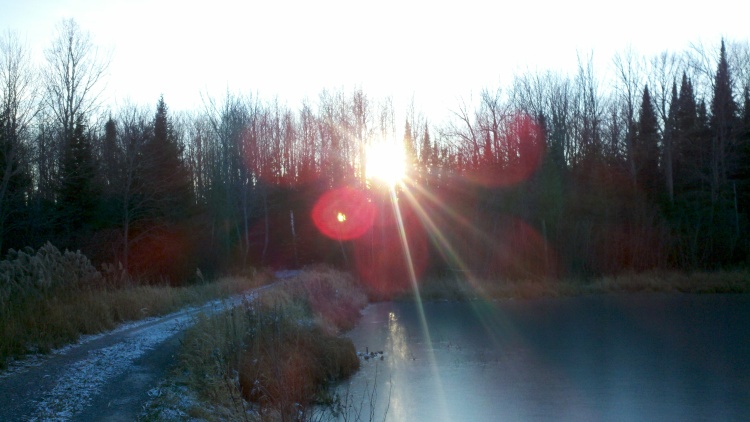 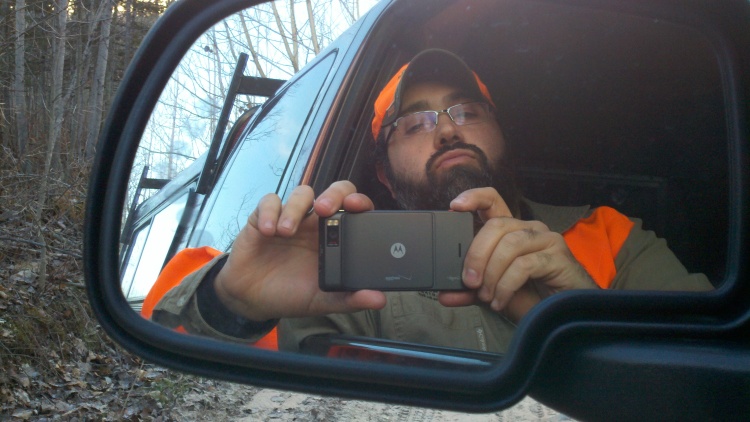 Me and the Boy 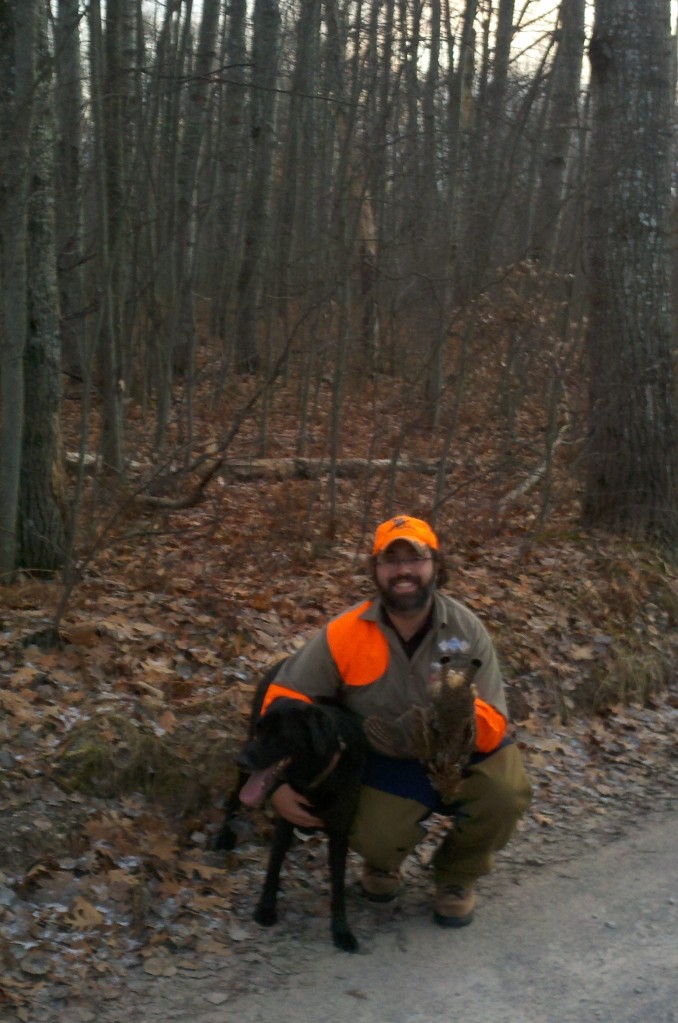 Me & Zeus with a Grouse

One of the Trophies

4 thoughts on “Thunderbirds of the Northwoods”